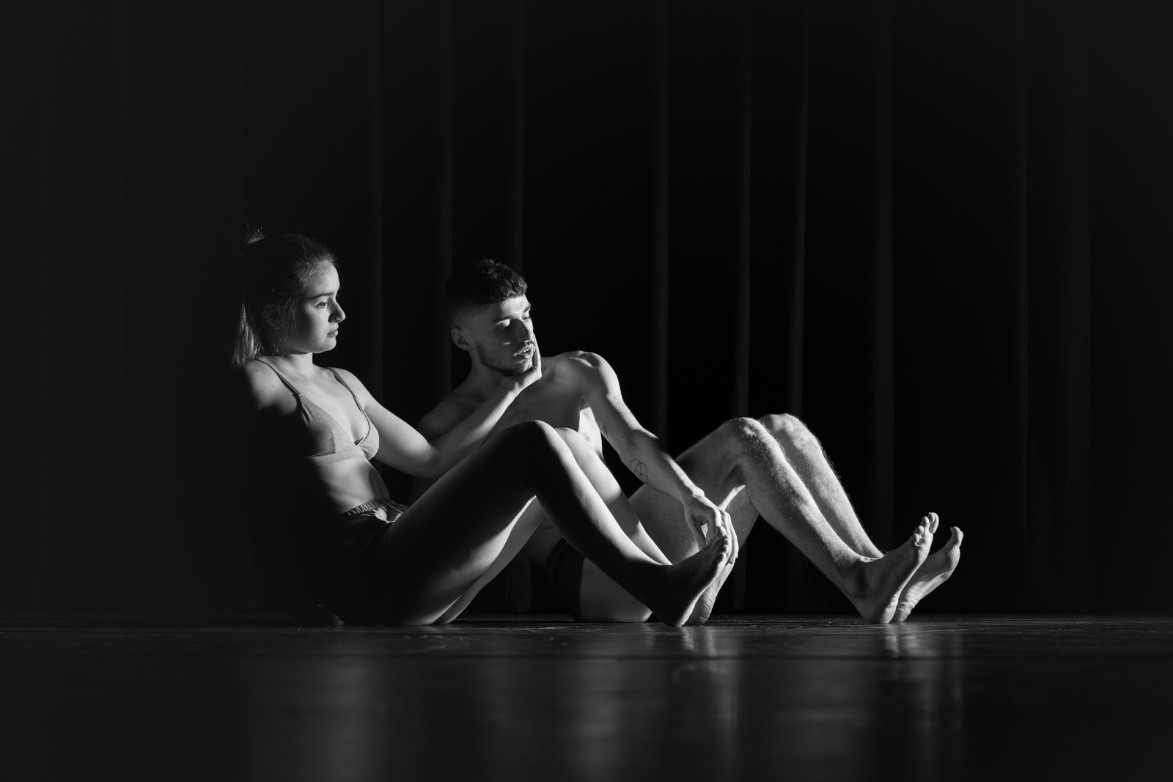 Un (attached) is a movement study for two dancers, in which ‘treading’ is central. ‘Treading’ is a concept from the urban scene. It is a movement language in which an opening is created with two different body parts in which a third body part disappears. With this language he subtly tells an abstract, poetic story about the open, yet connected relationship between two characters.

‘What if …’ is a duet that starts with an active observer who, with the method of classical conditioning, evokes a series of reactions from a second performer. From that moment we follow a psychological journey of an individual who fills the space with unspoken words and associations. Concept and choreography: Daniela Cruz. 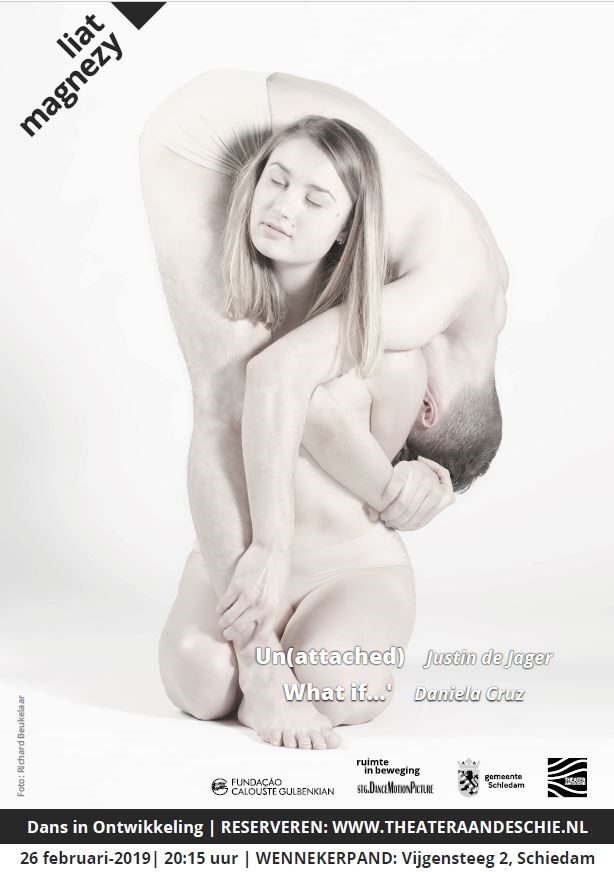