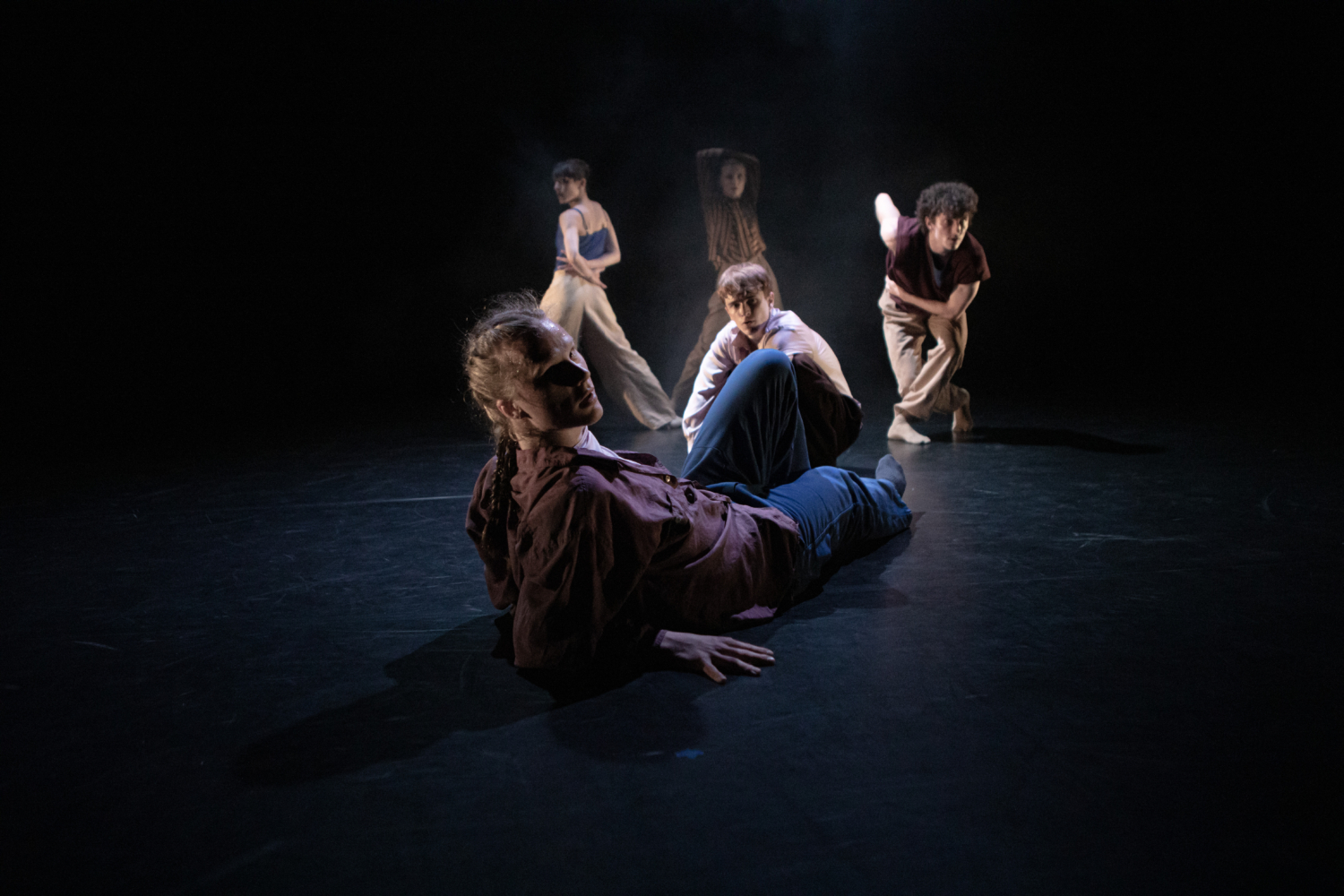 Nymphs are mythical creatures that lived in the forests and symbolized the wild, the unpredictable, freedom and sensuality. Choreographer, Niek Wagenaar is taking Nymphs as his starting point for a quintet. Together with his dancers Filippo Gualandris, Charles Heinrich Alice Sundara and Linde Wagemakers, he questions what forms our identity and what role the expectations of other people play in shaping our identity. The performers are looking into their gender identity as something to reveal, unfold with the many layers that it beholds. They propose a deconstruction of norms and prejudices to create a fluidic transcend approach towards (gender) identity.

* This production is also made possible by stichting Janivo and Amsterdams Fonds voor de Kunst.

For years, Evangelos Biskas has kept a diary of what he dreams at night. For In Between, he retrieves moods and intentions from his dream images to guide and shape his intuitive approach to dance. The absurd and irrational nature of his dreams is his compass.

In In Between, Evangelos Biskas shares his bizarre isolations, uncontrolled looseness and organic flow with his audience in total open-mindedness and nonchalance. His body connects directly to everything that seems to be going on inside him or in his surroundings. How he does this remains improbably unpredictable. He also knows how to surprise himself. He turns a lack of grip into melancholy, humor and understatement.